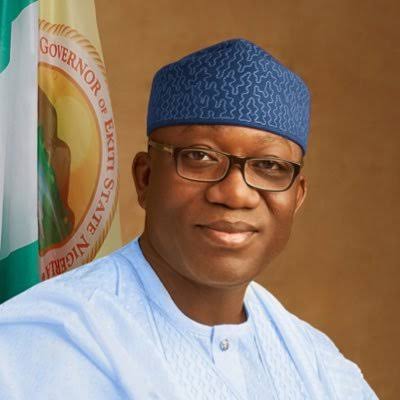 In view of the harsh economic situation in the country, the Ekiti State government alongside stakeholders has agreed on measures to be put in place to cut government spending as a way of bailing the state out of current economic challenges occasioned by the downturn in the global economy.

The State Governor, Dr Kayode Fayemi, also disclosed at a stakeholders meeting, on Tuesday, in Ado-Ekiti, the state capital that his administration would not sack any worker despite the cash crunch being experienced in the state.

Both the Governor and Stakeholders, however, agreed on some cost-saving measures including reduction in subventions to higher institutions in the state, cutting or total stoppage of running grants to offices, and discontinuation of the consequential adjustments of the minimum wage for the senior category of workers as well as ramping up of tax collection in a bid to shore up Internally Generated Revenue (IGR).

The one-day stakeholders’ meetings were called by the state government as an avenue to present the state of the state finances to the critical stakeholders comprising civil servants, traditional rulers, religious leaders, labour and trade union leaders, representatives of the academic community, students leaders, the leadership of market women, artisan and transporters among others.

Governor Fayemi set the tone for the day’s discussion when he reeled out the state’s finances including project distributions as well as current financial challenges.

The Governor whose presentation also includes a comparison with other sister states explained the need to reflect the economic reality and development in the country in order to avert a possible economic crisis.

He said that if the state must survive the current economic quagmire, there was a need to cut over N680 million expenses per month.

Speaking on possible way-out of the current economic situation, he among others proposed the need to significantly increase the state’s monthly internally generated revenue (IGR) from N700 million to N1.2 billion and also cut non-core expenses incurred through MDAs, expenditure, travelling, sponsorships and events.

The Governor, who said he was not elected to complain but to find a solution to the economic situation of the State, suggested the need to emulate neighbouring states on consideration for alternative means of funding the State’s tertiary institutions, adding that N700 million spent monthly on intervention can be used to cater for other critical development needs.

He said: “We don’t want to sack anyone in Ekiti, these are our people they are doing their jobs but we cannot continue to manage what we cannot manage so we may have to discuss with our comrades in labour, not a cancellation but a suspension of the minimum wage consequential adjustment until such a time that our finances improve and all of us can see that this is the situation of our finance.

“We need to take decisive and quick steps on these tough but necessary choices that we have to take in order to restore the state back to fiscal health and then swift consolidation action taken in short term and continuous review to inform medium to long term planning.”

Fayemi, further explained that his strong fiscal discipline, transparency, open governance, goodwill and increased confidence in his administration had opened up the State for more investors and return of development partners who were supporting the state in a whole range of initiatives.

However, he noted that his administration has to face increasing dwindling revenue, needs to continue to fulfil recurrent expenditure obligation and insecurity which requires a huge amount of money to overcome.

The Bishop of Ekiti Catholic Diocese, Most Rev Felix Ajakaiye, Chairman Ekiti State Council of Traditional Rulers and Alawe of Ilawe Ekiti, Oba Adebanji Ajibade Alabi, Chairman, Nigeria Labour Congress (NLC), Mr Kolapo Olatunde, Vice-Chancellor, Ekiti State University, Prof Edward Olanipekun; and others who spoke at the forum, admonished the State government not to be deterred by the current economic situation but to consider and utilize the inherent opportunities.

While hailing the government’s decision not to sack any worker, the stakeholders urged the people to cooperate with the government in its cost-cutting measures, saying that government should be applauded for coming out plainly with the state of its economy and for carrying the people along.

May 13, 2021 0
Cities across the country are buying up buildings as a way to increase affordable housing stock and take more...