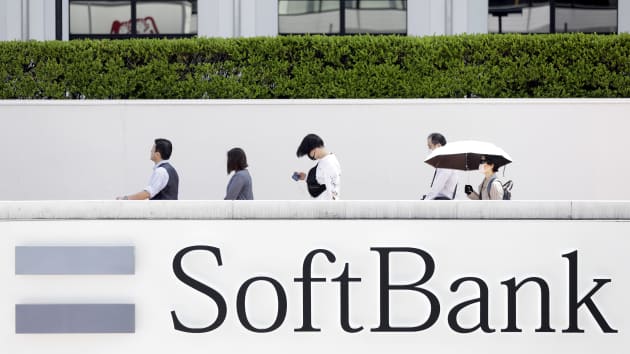 SoftBank has invested $500 million in digital mortgage lender Better.com amid what has been a hot U.S. residential real estate and mortgage refinancing market fueled by record low interest rates.

The news was first reported by The Wall Street Journal on Thursday and later confirmed to CNBC by sources familiar with the matter.

The investment values Better, ranked No. 15 on last year’s CNBC Disruptor 50 list, at roughly $6 billion. That’s a significant jump from the company’s last funding round in November 2020, which valued Better at $4 billion, according to PitchBook data.

The New York City-based company was started in 2016 by Vishal Garg, a former analyst with Morgan Stanley, after a deal to buy a house for his family fell through. An all-cash buyer was able to beat the timing of his traditional mortgage lender, and that’s when Garg figured there had to be a better way. He used the down payment he had set aside to start Better.

Amid a frenzy in pandemic-induced refinancing, Better reportedly extended $25 billion in loans last year and $14 billion in the first quarter of 2021 alone, according to the Journal. Additionally, the company not only generated $800 million in revenue last year, but also profits, and is expected to go public by the end of 2021.

Mortgage rates have gone up and refinancing activity has recently slowed. Home prices have been rising at record rates amid high demand, pandemic relocations and low supply, the latter of which has stifled recent housing market action.

Better’s platform moves the mortgage process completely online, giving customers the ability to upload and eSign documents, and claims to cut the closing time from an industry average of 42 days down to 21 days. Garg says that the digital-only approach is also helping to decrease bias against minorities when applying for mortgage loans. The company has previously cited a study from the National Bureau of Economic Research showing that face-to-face lenders reject minority applicants about 6% more often than comparable non-minority applicants, and also charge minority applicants more for their mortgages.

The Journal reported that SoftBank is buying shares from Better’s existing investors, and agreed to give all of its voting rights to Garg “in a sign of its eagerness” to back the company. Better’s previous investors include Goldman Sachs, Citigroup, Kleiner Perkins and the corporate venture arm of American Express.

While the most valuable companies have consistently come from Silicon Valley and San Francisco, New York is poised to capture a larger share of start-up deal dollars and attention this year. Compass, a tech-powered real estate brokerage also backed by SoftBank, was valued around $8 billion when it began trading on the New York Stock Exchange last Thursday.

Valued at $35 billion, robotic automation company UiPath recently filed its IPO prospectus and is positioned to become New York City’s most valuable tech company at the time of its Wall Street debut. In health care, insurance company Oscar began trading on the NYSE last month and is now worth about $6.2 billion. In finance, online home insurer Lemonade went public last July and is now valued at $6.1 billion.