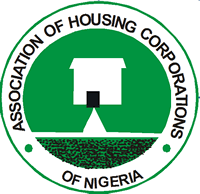 Association of Housing Corporations of Nigeria (AHCN) says it will in June unveil the required transformation for effective housing development under the Buhari administration’s Economic Sustainability Plan (ESP).

Under the plan, the administration proposed the provision of 3000,000 housing units annually in the country.

But one year after, AHCN’s President/Chairman of Council, Dr. Victor Onukwugha, says not much has been achieved in the first track of easing bottlenecks in the delivery of social housing aside the purported release of N200 million by the Central Bank of Nigeria (CBN) for the project.

The second track of the plan, according to him, proposes to deliver affordable homes through direct government intervention is somehow still hanging.

‘’For ESP to achieve its lofty objectives, the involvement of AHCN and all state housing corporations are inevitable as the driver of the project in each state of the federation’’,  Onukwugha said.

He was speaking on Roles of Housing Corporations in Actualising Current Nigeria Economic Sustainable Plan of 300,000 Affordable Housing Units at a virtual workshop on Financing Affordable Housing Development In A Depressed Economy, with the theme: Transforming Public and Private Housing Agencies For Effective Delivery of Affordable Housing organised by AHCN in Abuja on Wednesday.

He said housing all over the world has remained one of the most basic human needs that imparts directly on the physical, social and mental well-being of man irrespective of socio-economic status, colour or creed.

‘’No accurate statistic of housing deficit but estimated in the range of about 20 million. Effort to mitigate this huge deficit over the years has not yielded positive result’’, he said, pointing out that there is an urgent need for Abuja to work with state governments to identify land for housing construction in all local government areas.

The AHCN chief is charging the Buhari administration to target 100% local input for construction of 400 homes in each local government areas; and standardise design of homes for cost management and industrialisation of construction process.

He also wants the administration to identify and select delivery partners formed by groups of professionals and artisanal builders as primary delivery channels; create a ‘Homes Warehouse’ to buy any completed homes from delivery partners, in the absence of ready off-takers; and mortgage or sell homes to the public through the Homes Warehouse.

‘’Encourage private sector involvement and facilitate maturity of the mortgage market that will cater to the needs of middle-class Nigerians while government addresses the needs of low-income earners and the poor’’, he adds.

According to him, state governments are custodians of large expanse of land in the state and it is easier for state governments to allocate land for their state housing agencies.  Moreover, most of the housing corporations already have land bank that could be used for the project

‘’Housing corporations as government parastatals are at vantage position to execute affordable housing scheme in all the states of the federation. It is easier for state housing corporations to secure land documentations for such lands allocate to them

‘’It is easier for funders to deal with government agencies than some private developers who were not tested. It is easier to package civil servants in the state as off-takers for the purpose of repayment which can be deducted from source which will guarantee prompt repayment. Incidences of default would be reduced which will give room for good planning and future development

‘’It is easier for state housing corporation in each of the state to assist in speedy generation of data base for the off-takers in both formal and informal sectors to provide an exit point for repayment. State housing agencies are created to execute affordable housing programme and implement housing policy at the state level and this they have demonstrated over the last three decades’’, he said.

Continuing, Onukwugha said usurpation of the statutory responsibilities of state housing agencies by the state ministries should not be allowed as it will create room for politicking with the project.

‘’Housing ministry to strictly reduce its activities to policy formulation and monitor her statutory parastatals to ensure policy compliance and accomplishment.

‘’AHCN as an umbrella body of state housing corporations should be involved in the supervision of the project to ensure speedy delivery and promote probity and sanity that would discourage mismanagement and undue political interference in project execution.

‘’It is estimated that over 80% of urban dwellers rent their homes from informal landlords at exorbitant rents which pressure on the finances of the people.

‘’We are creating agricultural/farm settlement and villages in all local government where we shall be using agriculture to drive housing provision at the local and rural level thereby creating job opportunity for millions of jobless youths across the country.

‘’The creation of these Agric-Villages and Farm Settlements will address two major aspects of our economy – food production shortages and housing shortages.

‘’We are creating agricultural/farm settlement and villages in all local government where we shall be using agriculture to drive housing provision at the local and rural level thereby creating job opportunity for millions of jobless youths across the country.

‘’The creation of these Agric-Villages and Farm Settlements will address two major aspects of our economy – food production shortages and housing shortages.

‘’There is no doubt that the effect of COVID-19 has paralyzed most of the income generating sectors, it is however pertinent to recognize that housing sector still possess the most viable platform to rescue the nation from recession if approached pragmatically.

‘’The involvement of state housing corporations is definitely inevitable if the Economic Sustainable Plan hope to achieve its lofty objectives of creating jobs for the people and contribute to GDP and economic development.

‘’The main consideration and option to actualise ESP agenda speedily is an urgent inclusion of AHCN to drive the delivery of the projected 300,000 housing units by the federal government. The already established structures of the state housing corporations are great assets that could be seriously utilized to play a leading role in this mass housing delivery and Nigerians would once again see government as carrying out its social housing responsibility to her citizens’’, he said.