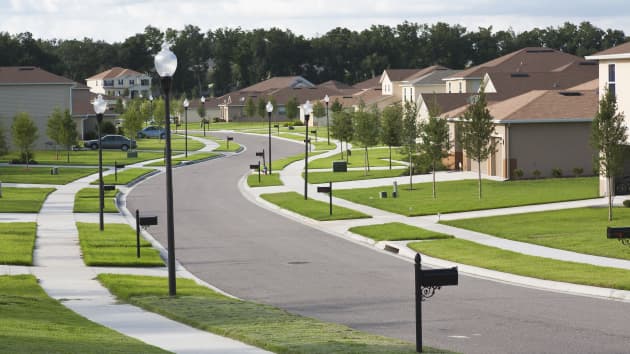 Millions of Americans took advantage of the payment suspension and mortgage forbearance programs both lenders and the federal government rolled out due to the Covid-19 pandemic last year. But as these emergency programs start to wind down this year, the Consumer Financial Protection Bureau wants to put safeguards in place to ensure millions of families aren’t forced into foreclosure.

A year into the pandemic, about 2.5 million homeowners are still enrolled in some type of forbearance program, according to the Mortgage Bankers Association’s data for the week of March 21, 2020. Yet even with these programs in place, about 5% of homeowners are currently delinquent on their mortgages, the MBA found in its latest report.

That could increase exponentially as forbearance programs start to wind down this fall.

“Emergency protections for homeowners will start to expire later this year and by the fall, a flood of borrowers will need assistance from their servicers,” CFPB Acting Director Dave Uejio said Monday. “The CFPB is proposing changes to the mortgage servicing rules that will ensure servicers and borrowers have the tools and time to work together to prevent avoidable foreclosures, which disrupt lives, uproot children and inflict further costs on those least able to bear them.”

To help homeowners who are behind on their mortgages, the CFPB is proposing a new rule that would establish a “temporary Covid-19 emergency pre-foreclosure review period” that would essentially block mortgage servicers from starting the foreclosure process until after December 31, 2021.

This new review period would be in addition to existing rules that bar loan servicers from starting the foreclosure process until a homeowner is more than 120 days delinquent on their home loan.

Many of the current forbearance programs were set up in the CARES Act last year and apply to federally-backed loans offered through agencies including Fannie Mae, Freddie Mac, the Federal Housing Administration and the Department of Housing and Urban Development. Private lenders and servicers also set up their own forbearance programs. The CFPB’s proposed rule would cover all homeowners, including those with mortgages through private lenders such as banks.

The CFPB’s plan issued Monday is a proposal at the moment. The agency is seeking public comments through May 11 before issuing a final rule.

In addition to requiring mortgage servicers to undertake a review period, the CFPB is also proposing a streamlined loan modification process, which typically allows homeowners to apply to have their loan interest rate reduced, extend the term of their loan and/or reduce their monthly payments.

The streamlined process would allow servicers to offer some loan modification options based on incomplete applications. Normally, borrowers need to submit a myriad of documents — including proof of income, such as pay stubs, tax returns and recent bank statements — before a servicer can make a decision.

Streamlining the process would allow servicers to get homeowners into less burdensome payments faster, CFPB says. The expedited process would only be available for loan modification options that do not increase homeowners’ monthly payments, extend the mortgage’s term more than 40 years or charge any fees.

In February, President Joe Biden directed federal housing regulators to extend mortgage forbearance programs for an additional six months and prolong foreclosure relief programs in a move that covered an estimated 70% of mortgages for single-family homes in the U.S.

Morgages backed by Fannie Mae or Freddie Mac, as well as by the Department of Veterans Affairs (VA), the Department of Agriculture (USDA) and the FHA announced that they were expanding their forbearance programs for up to 18 months. For homeowners who requested enrollment in March and April 2020, it means that those programs will expire in September and October.