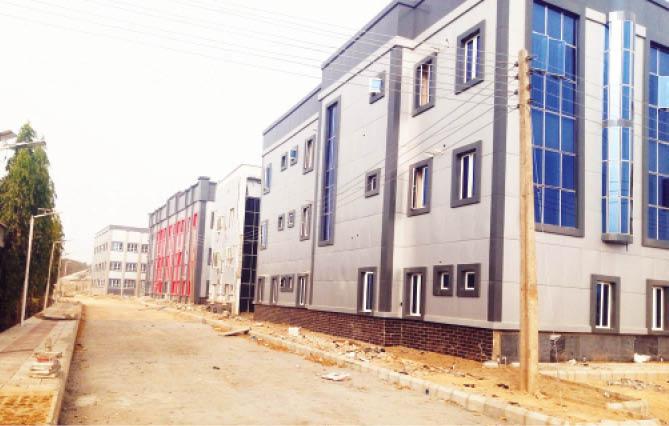 With the recent federal government’s approval of the establishment of 20 new universities in Nigeria, including the Maryam Abacha American University of Nigeria (MAAUN), Kano, properties located within the area in which the university’s structures are located have appreciated by more than 100 per cent.

Our correspondent gathered that a parcel of land in the area, which hitherto cost between N19m and N22m is now between N25m and N35m. A house which was valued at N70m initially has now gone up to between N150m and N170m.

A move by the management of the university; conducting some community social infrastructural development in the host community and its neighbours, has further heightened the rush for property.

The university which is said to have reached about 97 per cent completion has completely changed the structural and environmental setting of the area. The city campus is located at Hotoro GRA in Nassarawa Local Government Area.

Daily Trust also gathered that a lot of businessmen and women have begun acquiring lands close to the university to build accommodation or business centres.

The university was founded by Professor Adamu Abubakar Gwarzo, a renowned journalist, in Maradi, Republic of Niger, in 2013. The university is named after Maryam Abacha, the wife of a former Nigerian Head of State, Sani Abacha, based on her effort to mobilise and support African countries.

The university was licensed in 2021 to operate in Nigeria which brought the establishment of the city campus to Kano State.

According to a resident of Hotoro, Malam Ali Aliyu, members of the community had begun to feel the positive impact of the university even before it  began operation, adding that with the university’s structures acquisition process to meet up the needed space, many community members’ financial status was positively lifted.

he said, “The university has indeed brought a lot of positive things to our community because their acquisition processes were so wonderful that many of us wished that we had more structures to sell to them. They paid more than the value of the structures, and that has lifted a lot of members’ financial status.”

Another community member, Malam Abdullahi Umar Mada, said with the sort of property development going on, the presence of the university would continue to change the face of the community for years to come.

It was discovered that a vast land was acquired by a businessman to build a 100-room hostel.