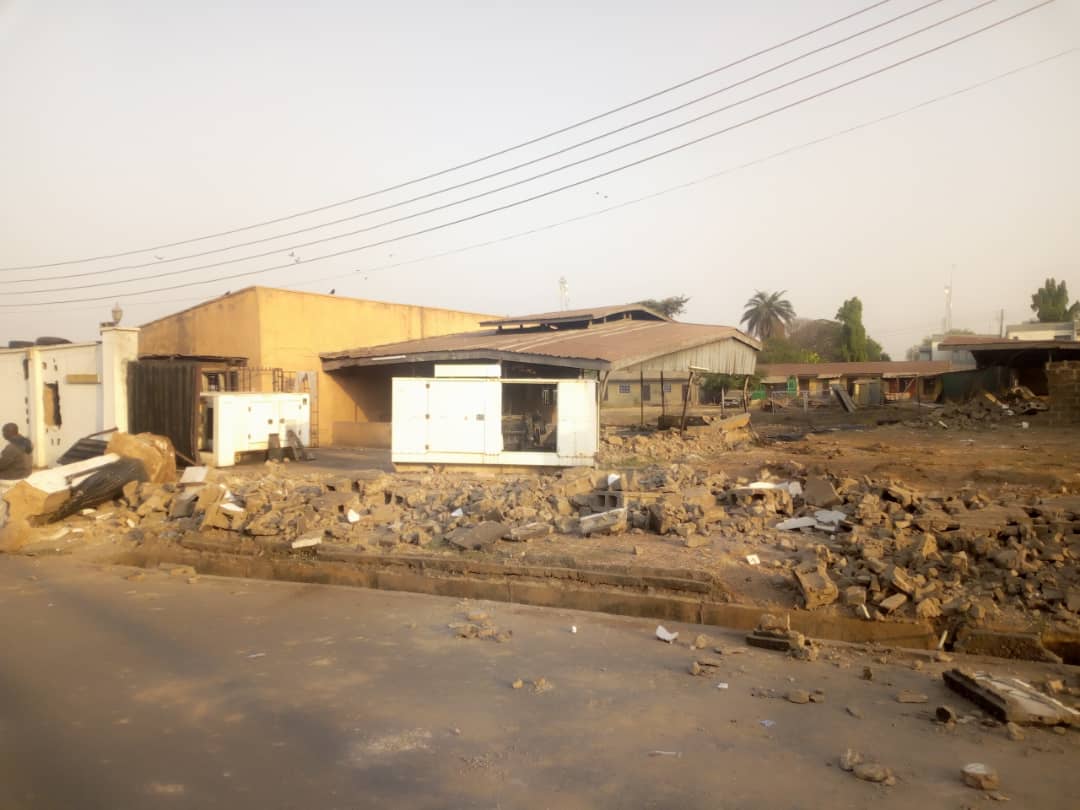 A three-storey building, Olujimi Electronic Mall, razed by fire last September, as a result of power surge, which started from a nearby paint shop at Totoro, Abeokuta in Ogun State, has been pulled down to forestall loss of lives  and property in the area.

Commissioner for Physical Planning and Urban Development, TPL Tunji Odunlami stated this during an interview with newsmen in Abeokuta, explaining that the step became necessary, based on the structural integrity test conducted to ascertain the condition of the building.