The “Infinity Nine,” with a full-featured gym, will serve as a transatlantic residence for the former San Antonio Spurs guard.

As a four-time NBA world champion, Tony Parker is used to setting himself a goal and achieving it. Now, the former NBA star has his sights firmly set on the ocean by investing in his first-ever superyacht. Scheduled for completion next March, Infinity Nine is named after the number 9 on his Spurs’ jersey.

At 115 feet in length, Infinity Nine is a sizable vessel for any novice yachtsman. Currently in build at AvA Yachts in Turkey, the boat is the second hull of that shipyard’s Kando110 Series Explorer Yachts. An extended swim platform at the stern provides easy access to the water, while a 312-square-foot full beam master with floor-to-ceiling windows provides a picture window to the ocean.

During 18 years with the San Antonio Spurs, Parker made six All-Star teams, won four titles and was the 2007 Finals MVP. Since retiring in November 2019, the world has become his oyster, and Parker has set about customizing his yacht to facilitate this next adventure. 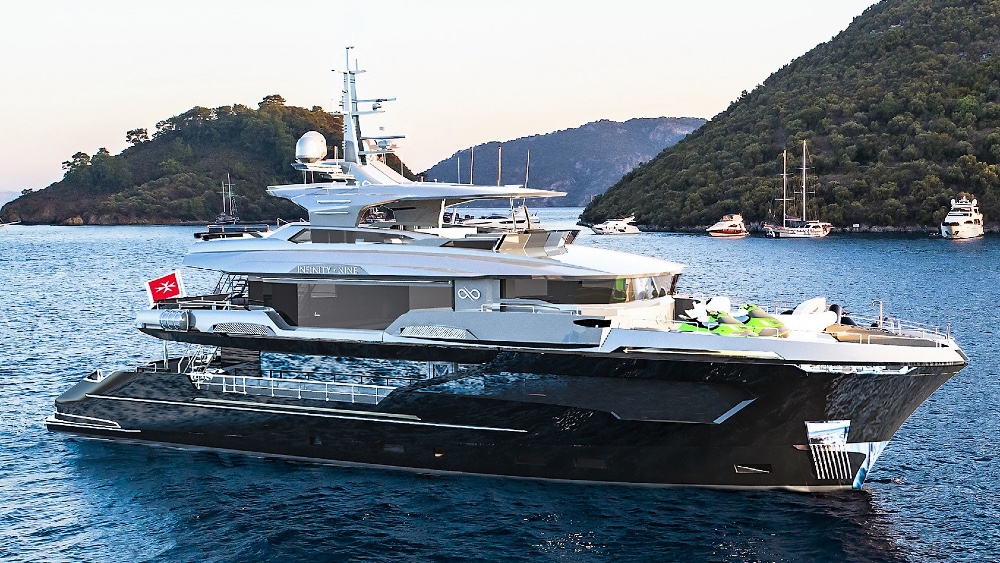 Infinity Nine will have a 6,500-nautical mile range, so it can serve as Parker’s home in the US and Europe. Courtesy AvA Yachts

The retired guard has made several visits to the yard to see the yacht’s build progress. AvA said Parker decided to include “radical interior design styling touches” that will make Infinity Nine “truly stand out.” Full details have yet to be released, but they include flat, polished stainless-steel-framed automatic sliding doors in the main deck lounge and master suite, and a jacuzzi on the large, partially covered flybridge.

Ample exterior seating, sun lounging areas across all decks and five double guest cabins will make it a boat to truly make an all-star retirement, with plenty of space for friends and family. A beach club and gym on the upper deck will mean the former athlete can still work out in comfort and style.

Designed and engineered in-house by the Antalya yard, the steel-hull and aluminum superstructure are now complete. The four-decked yacht has a 6,500-nautical mile range for unlimited cruising in the Gulf of Mexico, a short flight from Parker’s home in San Antonio, Texas. As someone who was raised in France, and is the current president of the ASVEL basketball club there, Parker will also no doubt experience the Mediterranean’s Cote d’Azur aboard his new yacht. 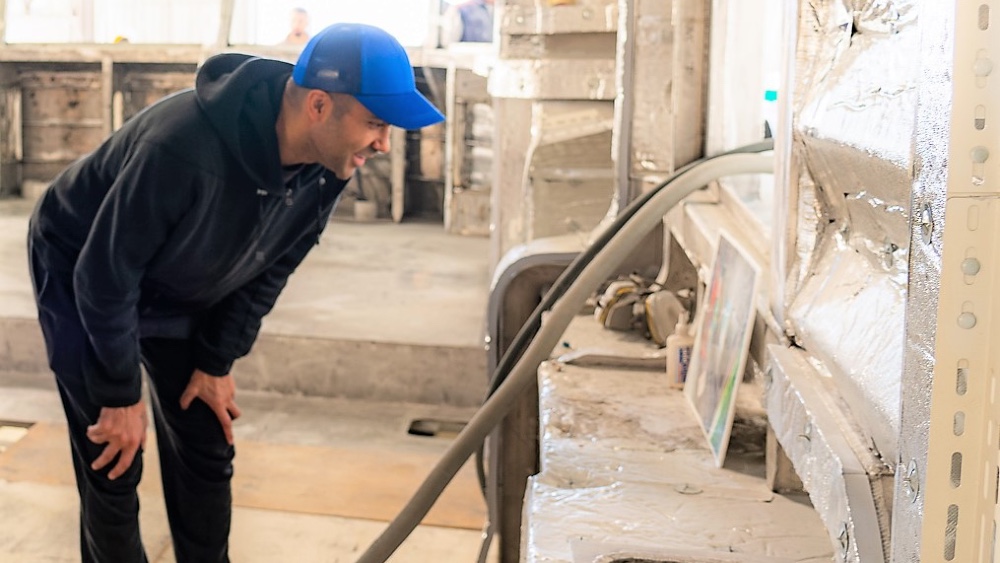 During a recent visit to the shipyard, Tony Parker praised the quality of the new build. Courtesy AvA Yachts

Infinity Nine’s top speed hasn’t been revealed yet, but considering it has big extras beyond its Volvo Penta diesels that include bow thrusters, fin stabilizers and advanced electronics, it’s clear the yacht will be a slam dunk in terms of comfort and performance when she’s delivered next year.