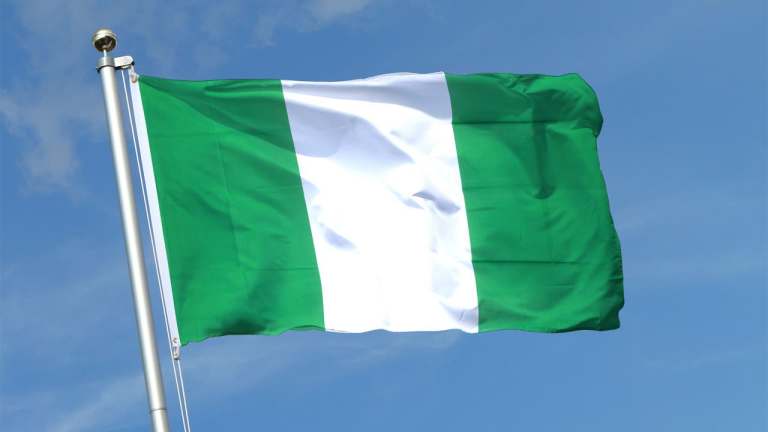 Global competition for the earth’s scarce resources gets increasingly frenetic,with each passing day. This continuous struggle between available resources and yearning global needs, has resulted in a new approach to governance, that better guarantees continuous prosperity. We shall call this style of governance, executive capitalism, which is partly a win win symbiotic arrangement, where private capitalist companies are in close relationship with the Chief Executives / governments of their respective countries. The companies get unlimited government money, intelligence, and patronage; resulting in bigger, more profitable companies that are better able to employ more of the country’s nationals. The companies are also better able to pay proportionately larger taxes to the government.

The resultant more buoyant governments are in turn more equipped to assist new sets of private companies, the end result being a continuous circle of financial growth for the government, industries and capitalist entrepreneurs.

Executive capitalism as described above is practiced almost to perfection in China. The growth of the Chinese economy is a testimony to the effectiveness of executive capitalism as a pathway for wealth creation and this governance style is practiced to a lesser degree by the present American administration, through stimulus packages, bail outs and protection of American businesses from unfair global practices. This leadership style is the unifying cement in the European Union’s strong economic hedge that accounts for a fifth of global trade. It’s time the Nigerian leadership changes to this style of governance.

But first how did Nigeria and indeed the world get here?

The Earth has moved from a world where countries inherit the wealth they need to survive simply because they occupy portions of the earth’s crust /surface, to the present situation, where a country’s chances of prosperity will be slim if it adopts the laid back approach of tax and render services.

Another factor of note, is that the world’s population was three (3) billion in 1960, but within four decades to the year 2000, the world population doubled to six (6) billion people. This no doubt increases global strain, due to increased need for food, clothing and housing.

Another issue of particular importance to Nigeria, is the global clamour for reduction in the use of fossil fuel, which the world sees as an effective means of combating global warming but sadly for us, fossil fuel still constitute at least 90% of Nigeria’s export earnings.

Nigeria can therefore be likened to a child stuck at infancy! Or Arrested Development, owing to the fact that, we are still clinging to an archaic leadership style.

In today’s world, where most women’s rights groups, are advocating that housewives live more fulfilled lives; by not being limited to housekeeping roles, it is therefore worrisome to see the opposite scenario play out in Nigeria where men bribe, fight and maim on their way to becoming mere housekeepers!

These housekeepers adopt the name and style of; their excellencies, our executive leaders. They collect allocations and monies, taxes from workers, businesses and citizens alike.

The collected monies are used for the construction of roads, bridges, houses and hospitals, they also pay salaries, maintain the judiciary, police and military amongst other housekeeping duties. Hence, we call this method of governance, which has been prevalent in Nigeria since independence, as the executive housekeeping style of leadership.

This governance system doesn’t aim to create or generate wealth for the nation. The major assumption here is that once a territory is called a country, that automatically it must have money to take care of itself. Nigeria as a nation must discard this false and destructive assumption of abundant wealth and come to terms with our today’s reality, of not enough money to run Nigeria! We must understand that Nigeria is a broke country whose problems far exceed available resources and that it is the serious poverty of the Nigerian nation, that is manifesting as a “failure to thrive” in its citizens, businesses and government.

The Chinese are aware of this dangerous end result of governance by executive housekeeping, hence they veered from it by setting up a think tank, called the Chinese Communist Party ( CCP ). The CCP is basically a group of patriotic, nationalistic eggheads who analyse, preempt and formulate forward looking policies.

The Communist party searched for present and future fault lines in their culture, practices and policies with the clear aim of creating an enabling environment for their economic emergence. First they had to decide the location where they wanted the Chinese people to have the good life in: Communist China had a straight choice between providing its people with paradise on earth or paradise in heaven.

They decided that the duty of government was to provide its citizens with a better life on earth as against in heaven, due to the danger inherent when there are multiple pathways to heavenly paradise. They realise that diverse faiths could divide a country along lines of beliefs. To avoid this obvious source of disunity and discord, the Chinese decided to build their country along lines of reason rather than on spirituality or clairvoyance.

The second enabling environment to ensure success for the Chinese, was to prevent looting of the country’s wealth by those who are supposed to safeguard the country’s wealth, so they put corruption in the list of criminal offences with severe punishments. The Chinese have shown great resolve, by ensuring strict enforcement of anti corruption laws across all strata of government, serving as an effective deterrent against plundering of the Chinese treasury.

The Communist think tank also reasoned that a galloping population growth could dampen economic growth in a future, where machines, robots and Artificial Intelligence ( AI ), would do most of the work!

Added to the above, they saw illiteracy as an obstacle in the wheel of economic progress. The Chinese tenaciously tackled the twin problems of rapid population growth and illiteracy. The resultant effect is the present day reality where China is less densely populated than Nigeria; if a football field holds 20 people in China, then that same area of land in Nigeria has 30 persons.

With regards to education the Chinese are now so educated that their citizens have moved away from unproductive courses to futuristic areas of knowledge like artificial intelligence ( AI ), robotic, super specialty medical fields, space technology and genetics (Agriculture, Biotechnology and Pharmaceuticals).

The Chinese five point agenda are:

*They decided to copy the wheel, with a proviso that they would reproduce the wheels of the modern world at a cheaper price! The wheel here, being goods without patency rights like say Singer sewing machines. This policy became an instant success because of the deep human weakness and urge to have more goods for less price, what we call the auction/promo appeal (buy two and get one free)

*They also acquire technologies from all over the world; while some people may call this action, theft of patency, but when looked at from the stand point of a people who want a product that the seller fixes an unsustainable price for, clearly one cannot stop them from copying available products. Surely, we cannot expect them to fold their arms when they can now make the goods at cheaper prices themselves

The Chinese have also grabbed any and all knowledge worldwide on their way to owning the future.

*Empowered with their newly found wealth, they are setting up more research centres, expanding the frontiers of knowledge, to the present day reality, where China is the first and only country to patent 5G telecommunication technology.

*The Chinese government also decided and went into a win win partnership with their private sector to give Chinese companies unlimited access to government money, research findings and intelligence network, making it easier for Chinese firms to attain increasingly more dominant positions in the capitalist world of today!

With the above policies, the Chinese have;

*An empowered think tank, that also deliberate on ways of financing their solutions; a trait that is absent in Nigerian think tanks;

*Five (5) specific success plans resulting in the Chinese prosperity story of today; from the Chinese restaurant in the street corner of Ikoyi, through the furniture factory and bakery in Victoria Island, to global IT companies like Alibaba and Tik Tok.

The above leadership approach by the Chinese government is now the new standard for modern capitalism. This is the method of governance that we are advocating for Nigeria as we march into the year 2021. The Nigerian leadership should jettison the laid back 1960 Executive Housekeeping, “we have crude oil money mentality” and adopt this practical and realistic Chinese novelty, that involves:

*The setting up of a perennial think tank that looks for solutions, devises means of funding these solutions while having the constitutional powers to execute its deliberations.

* We should try and douse religious division and promote patriotism by making religion less visible in government.

* We should also discourage dishonest people from governance by limiting the glamour and monetary perks of public offices while ensuring that water tight laws are rigorously enforced across board.

* We should also keep our population growth in check

*We should put priority on technical skills, inventions and innovations rather than mere memory building education. We want our citizens, not only to be libraries of knowledge but more importantly, they should be inventors of products. The government should also sponsor large pool of our citizens in futuristic fields.

*The government should actively bankroll centres whose sole aim is to disassemble foreign products with a view to copying and mass producing them at very cheap price tags, common goods like bicycles, rotors, gear boxes and locomotive engines. Aba is begging to get a boost, special funds for its entrepreneurs and inventors should be on the table.

* The government should also identity futuristics companies and other viable enterprises and give them access to government finances and research.

Now to a few specific examples;

The think tank should promote a review of our graduate and postgraduate curriculum and align them with current and future global needs. This will require collaboration with diaspora professionals who have competence in these emerging fields. Furthermore, the government should consciously promote transfer of knowledge to our engineers who work in places like smart phones assembly plants, as was done in the oil and gas industry. This should include company sponsored trainings abroad.

Apple and many companies who are mass producing in China and India have directly contributed to having a large chunk of competent hands that were later useful to these countries’ indigenous manufacturing base.

We should ensure that government sponsored scholarships align with growth areas identified by our think tank. Graduates of identified growth areas should on return from abroad have clearly defined roles to play and not be frustrated by federal character, party politics or any other policy that removes the enabling environment for national growth and wealth.

The above will no doubt make the Nigerian manufacturing sector and indeed our economy to be much more productive and prosperous.

March 9, 2021 0
A member of the World Bank Group, International Finance Corporation (IFC) is joining forces with over 100 stock exchanges...