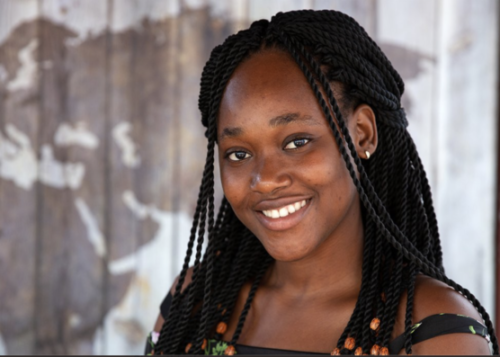 A 26-year-old from Ivory Coast has won the 2020 Royal Academy of Engineering’s Africa Prize for Engineering Innovation.

Charlette N’Guessan is the first woman to win the award, which could revolutionize cyber security and help curb identity fraud on the continent.
N’Guessan and her team won the £25,000 award (about $33,000) for BACE API, a digital verification system that uses Artificial Intelligence and facial recognition to verify the identities of Africans remotely and in real time.
BACE API works by matching the live photo of a user to the image on their documents such as passports or ID card, N’Guessan said.
For websites and online applications that have BACE API integrated in them, users will be verified via their webcam to establish their identity.
“For the person trying to submit their application, we ask them to switch on their camera to make sure the person behind the camera is real, and not a robot.
“We are able to capture the face of the person live and match their image with the one on the existing document the person submitted,” she explained. 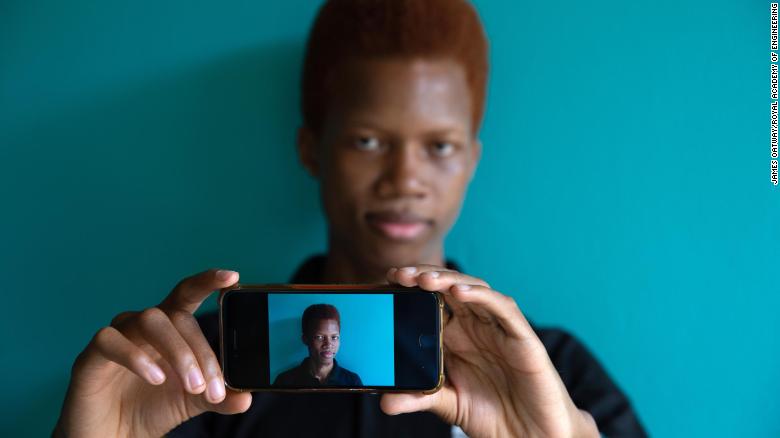 BACE API verifies users identities in real time using their phone camera or webcam
BACE API can be integrated into already existing applications and systems for identity verification and is targeted at mostly financial institutions on the continent, N’Guessan told CNN.
N’Guessan and her team won the Africa Prize for Innovation in a virtual award ceremony on September 3 where the Africa Prize judges and a live audience voted in their favor, the Royal Academy of Engineering said in a statement.
“We are very proud to have Charlette N’Guessan and her team win this award,” said Rebecca Enonchong, an entrepreneur from Cameroon entrepreneur and Africa Prize judge in the statement.
“It is essential to have technologies like facial recognition based on African communities, and we are confident their innovative technology will have far reaching benefits for the continent.” 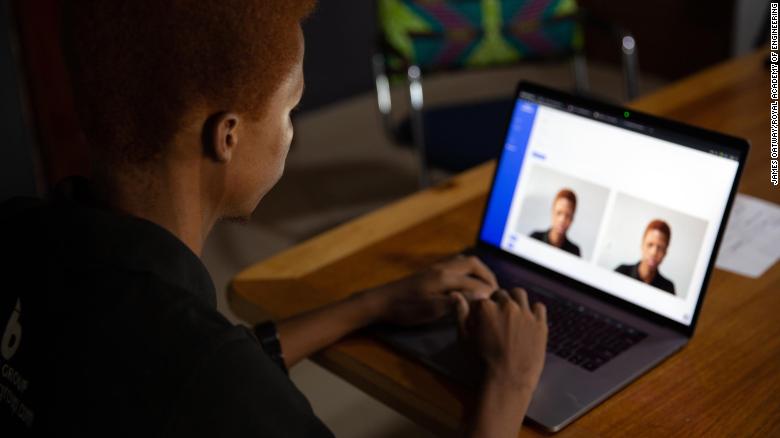 BACE API matches a user’s live photo with the image on their official documents to verify their identity.
Curbing identity fraud
N’Guessan, who is the CEO and co-founder of Ghana-based software company, BACE Group, told CNN that the idea came about while she was studying at the Meltwater Entrepreneurial School of Technology (MEST) in Accra, Ghana’s capital city.
While there, she worked with a team of four and it was during one of their research projects in 2018 they decided to create BACE API, and later a software company.
“We … talked to tech entrepreneurs. That’s when we noticed that there is a huge problem with cyber security with online services and businesses,” she said.
N’Guessan said their research found that many financial institutions in the west African country deal with identity fraud, estimating that they spend up to $400 million dollars yearly to identify their customers.
“We decided to make our contribution as software engineers and data scientists by building a solution that can be useful for this market,” N’Guessan added.
Before the winner was announced on September 3, N’Guessan and other entrepreneurs shortlisted for the Africa Prize received eight months of training from experts across the world and her team was paired with an AI specialist who helped with improvements to their system.

An African woman in tech

N’Guessan’s interest in technology started at a young age. Growing up in Ivory Coast, west Africa, she was encouraged to focus on science and technology subjects by her father, a mathematics professor.
“He inspired my choice for studying STEM. I was actually really good in science-related courses. After high school, I went on to study software engineering at university,” she said.
Now running her own technology company, she told CNN that winning the Africa Prize for Engineering Innovation has helped to boost her confidence as a CEO leading a technical team of men.
The Academy was founded in 1976 and has been running the award to reward engineering innovation in Africa since 2014.
Globally, the technology industry is growing, but women led startups are in short supply with only 22% founded by at least one woman, according to a report in Disrupt Africa.
READ ALSO: Nigeria, Most Prosperous Black Nation — Buhari
Data specific to Africa is hard to come by but some studies suggest that only 9% of startups on the continent have women founders.
N’Guessan says she hopes that her achievement will motivate more women to consider careers in tech.
“I will be happy if people are inspired by my story, being the first woman to win the Africa Africa Prize for Engineering Innovation and by my work as a woman in tech,” she said.