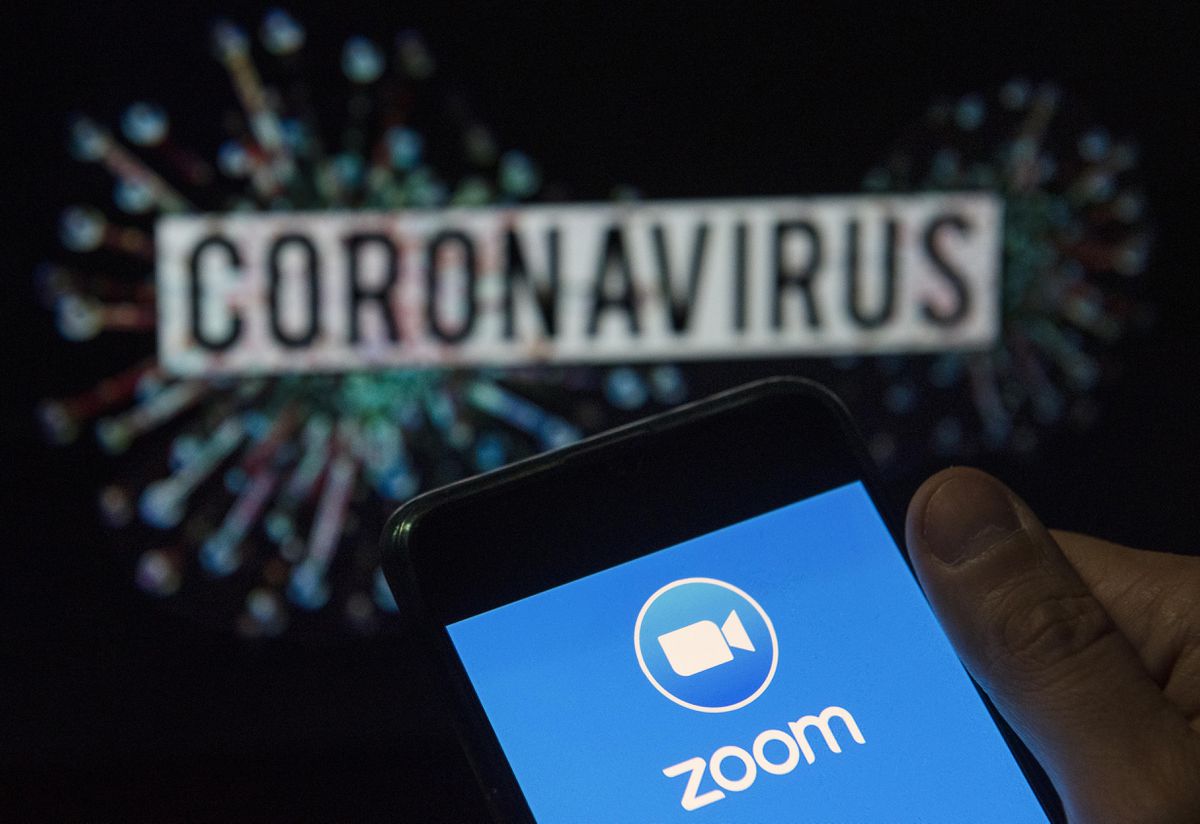 On Monday, Zoom trounced earnings and revenue estimates and significantly raised its full-year sales outlook, showing that momentum for videoconferencing is as strong as ever. But CEO Eric Yuan sees a collective return to the office in the foreseeable future, if in a modified form.

A “hybrid” model of work, whereby employees come into the office for two or three days and work the remainder from home, will be the new standard coming out of COVID-19, Yuan said in an interview with Walker & Dunlop, a real estate finance firm, on Wednesday. Office plans themselves may also change, with more spacious digs and careful separation of workspaces. Yuan acknowledged that in an all-virtual environment, productivity remains high, but opportunities for creativity are sometimes lost.

Several major tech firms, such as Salesforce  (CRM) – Get Report and Facebook  (FB) – Get Report, have told employees that they can work from home at least through the end of this year, while Alphabet’s  (GOOGL) – Get Report Google has told its workers they can do so until at least next summer. Others are offloading office space: Pinterest  (PINS) – Get Report, for example, terminated plans for a major new office space in San Francisco earlier this week, paying $90 million to break the lease.

Yuan said that Zoom’s goals are to make videoconferencing better than in-person interactions under most circumstances, and said that the company hopes to incorporate real-time translation and transcription soon within its platform.

Rival Microsoft  (MSFT) – Get Report recently incorporated real-time transcriptions for Microsoft Teams, but the feature is only available in English for now.

The downsides of an all-virtual work environment are also becoming more obvious to people as the pandemic wears on, Yuan suggested. Chief among them is the impact on the mental health of employees, he said.

“When you’re always in back-to-back meetings, you don’t have time to think, eat, talk to your family members,” he added. “I don’t think there’s a productivity loss; I think there’s a mental health problem.”

Zoom shares are up more than 520% year to date.

Tech Maven Jon Markman says that “the growth of Zoom should be a wakeup call for investors. Open networks and digital transformation level the playing field for innovative companies.”

March 9, 2021 0
A member of the World Bank Group, International Finance Corporation (IFC) is joining forces with over 100 stock exchanges...