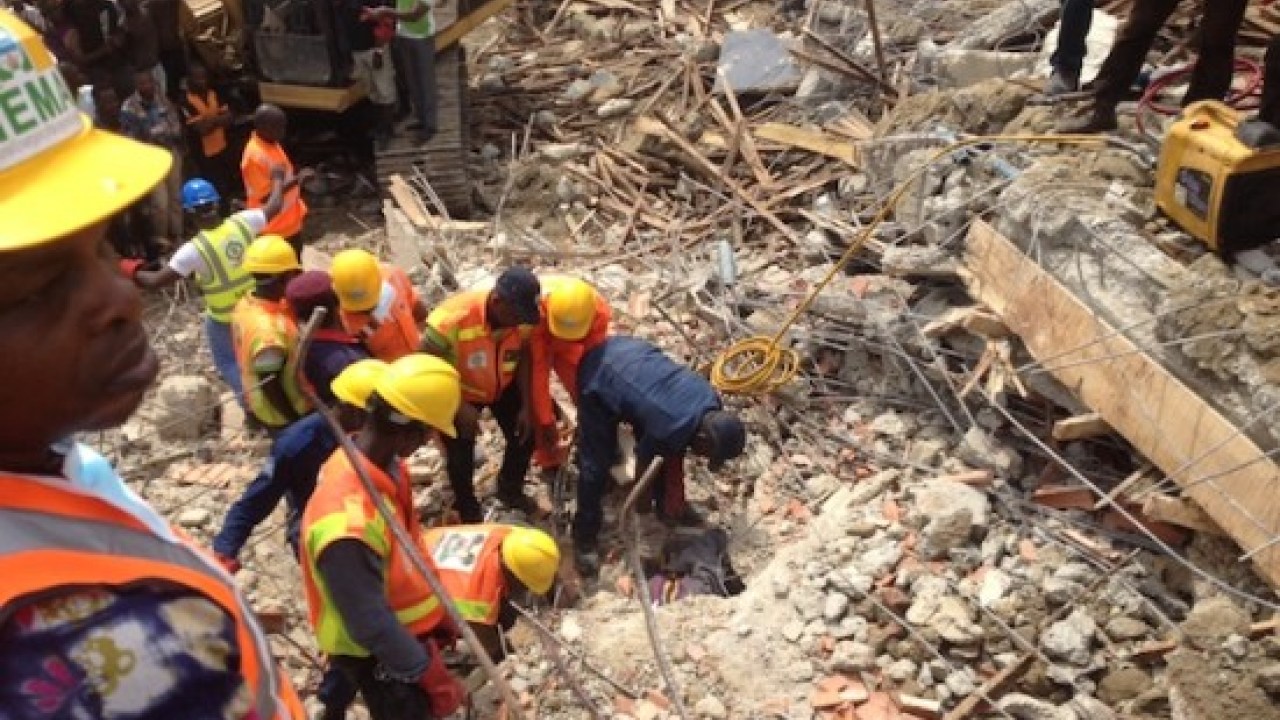 The Kano State Fire Service on Tuesday confirmed that four members of a family died in a collapsed building at the Saberi area in Gwale local government area of the state.

The Spokesman of the Service, Saidu Mohammed, who confirmed the incident in a statement in Kano, said that three other victims were rescued alive from the debris after the building went down on Monday. Mohammed told journalists the incident occurred when the occupants of the house were sleeping.

He said: “Seven persons were trapped in the collapsed building, four of them died later at Murtala Muhammad Specialist Hospital, Kano, while the remaining three victims are receiving treatment at the hospital. “Among those rescued was a one-year-old boy. “We received a distress call from one, Sadi Gora, who lives in the neighbourhood, at 11:45 p.m. that a building collapsed in the area.

“On receiving the information, we quickly deployed our rescue team to the scene at 11:55 p.m.” According to him, the cause of the incident has not been ascertained. Meanwhile, the Service also confirmed that two other persons died after they drowned in an open well at Hotoro Limawa Quarters in Tarauni local government area of the state on Monday.

fHe added: “We received a distress call from one, Murtala Muhammed, at 1:22 p.m. that three persons fell inside a well. “On receiving the information, we quickly sent our rescue team and a vehicle to the scene at 1:30 p.m.” He said the team rescued them but found out that only one of them was alive while the remaining two were dead.

January 16, 2021 0
A bill announced today by Rep. Ilhan Omar would release tenants and homeowners from housing payments until the national...